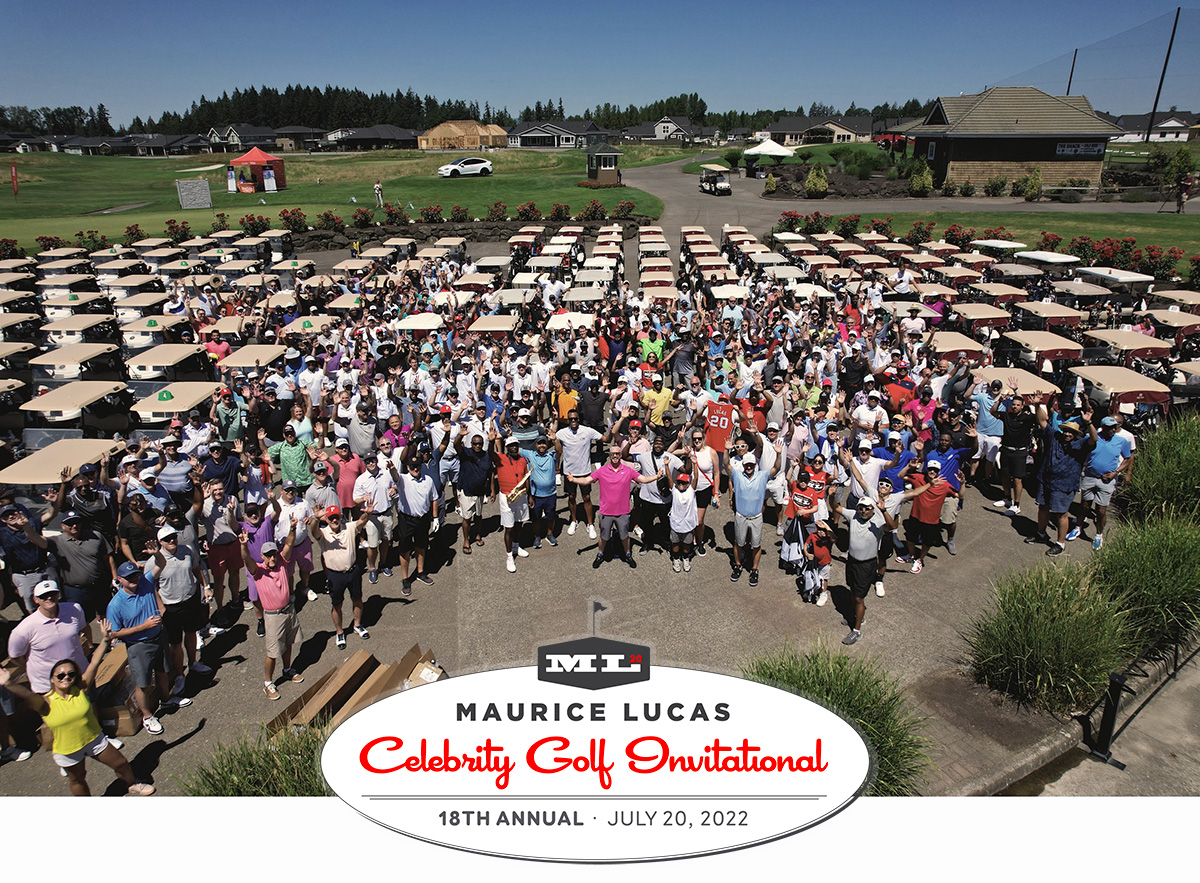 A record turnout of 280 golfers helped raise a record $275,210. The foundation will use the funds to support the free academic and athletic programs it provides to middle school through post-high students and their families in the Portland metro area.

The double shotgun tournament was played on two courses at The Reserve Vineyards and Golf Club. The winning team from Avery Bunick Luxury Properties / Elite Homes shot a 50.

The winners were Sean and Zach Foushee, Harry Moyer and Robbie Zigler, who played with world renowned saxophonist Mike Phillips. Phillips is the first musician signed by Michael Jordan to the Nike Jordan Brand, home of the Air Jordan.

The winning team will receive a first-class trip to Bandon, including transportation on a private jet and a day of free play at the Bandon Dunes Golf Resort.

“This tournament is a major fundraising event for us,” said Executive Director David Lucas. “It continues a tradition started by my dad, the late Maurice Lucas, who loved this community. Thank you so much to all our sponsors, golfers and volunteers who made this year’s tournament the largest and best ever.”