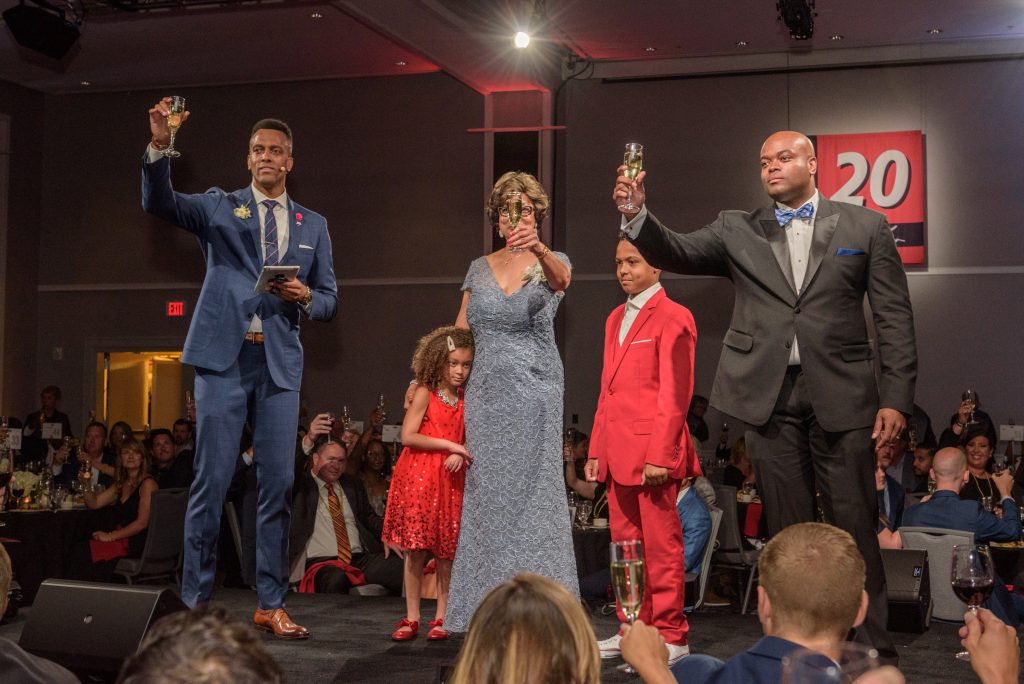 David Lucas, son of the late Maurice Lucas, presided over the Maurice Lucas Foundation’s ninth annual Celebration Dinner, Auction and After Party on Saturday, Sept. 7, at the Portland Hilton.

The event attracted more than 600 attendees. Through a paddle raise, silent auction and live auction, the gala raised more than $757,000 (a record for the organization). The funds will support the foundation’s after-school education, mentoring and athletic programs for under-served students at Harriet Tubman Middle School and six high schools in Portland.

Maurice Lucas was the leading scorer on the 1977 NBA champion Portland Trail Blazers and a strong supporter of local youth. He touched the lives of many through his giving ways. David Lucas, the foundation’s founder and executive director, served as the gala’s master of ceremonies. He is continuing his father’s legacy of community service.

“We created the Maurice Lucas Foundation in 2010 to honor my dad, Maurice “The Enforcer” Lucas,” David told the crowd, adding that the phrase “Like father, like son” was stitched inside his suit jacket.

“Our students are hungry for the future, and they stand on the shoulders of so many of you in the room tonight to be able to pursue their dreams,” said David. He led a toast to the foundation with his mother, Pam (a member of the foundation board) and his brother, Maurice Lucas II. 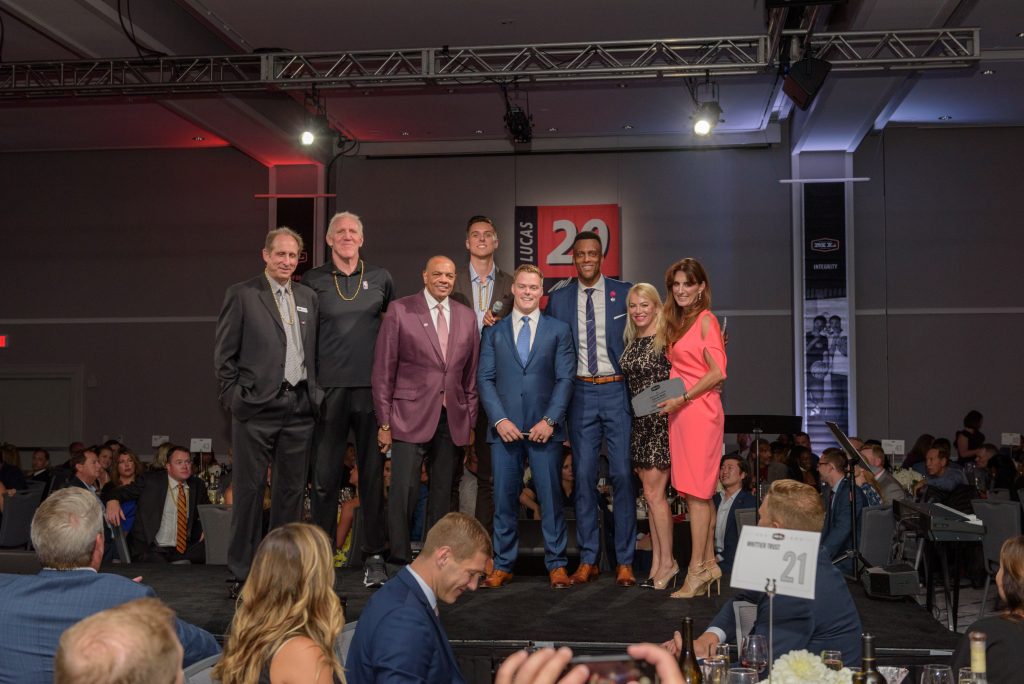 David Lucas, along with former NBA players Bill Walton, Bobby Gross and Lionel Hollins, and current Trail Blazer Zach Collins, presented the foundation’s annual Maurice Lucas Enforcer Award to family members of the late Howard Hedinger. Hedinger was a Portland philanthropist, a friend of Maurice and a strong supporter of the foundation.

Lucas described Hedinger as “a friend who helped us to dream bigger.” Three of Hedinger’s children, Huston, Barkley and Hillary, accepted the award on his behalf.

The award is given annually to an individual who best embodies many of the characteristics that its namesake displayed both on and off the basketball court, including motivating and empowering kids. Walton, Hollins and Gross, all members of the Blazers’ 1977 championship team, are among the award’s past recipients.

After the gala the attendees danced into the morning hours at the After Party featuring official Blazer DJ O.G. One. 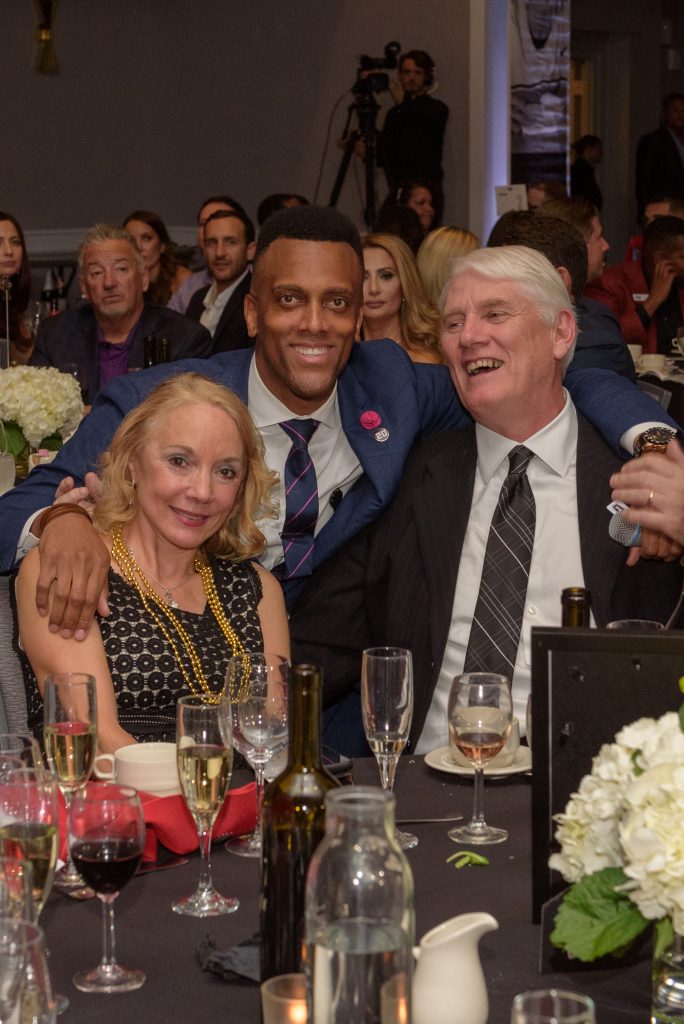 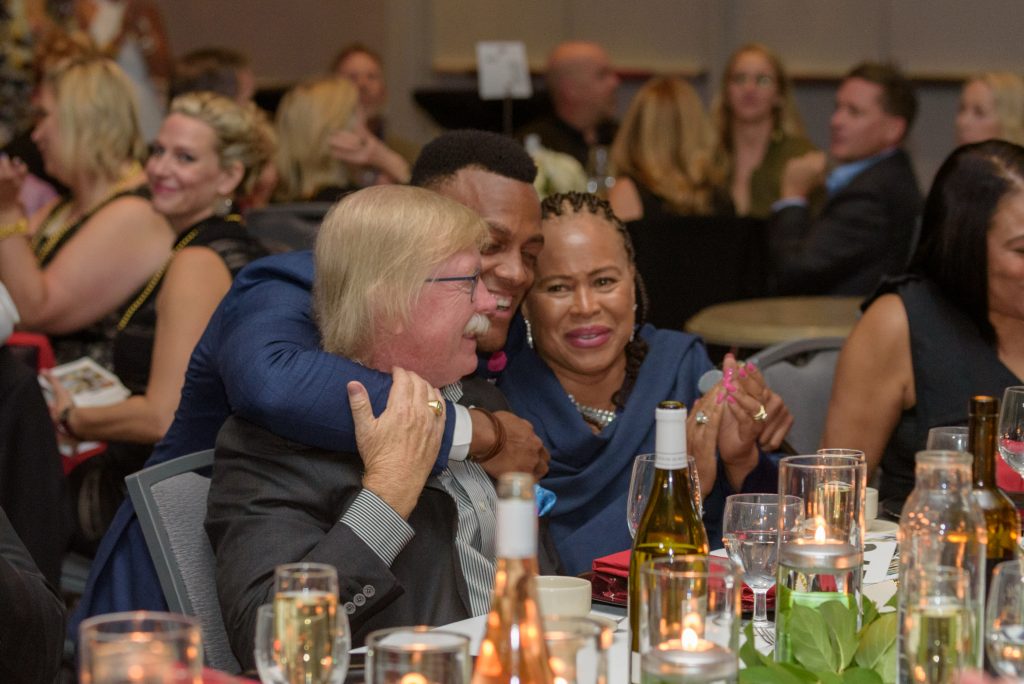 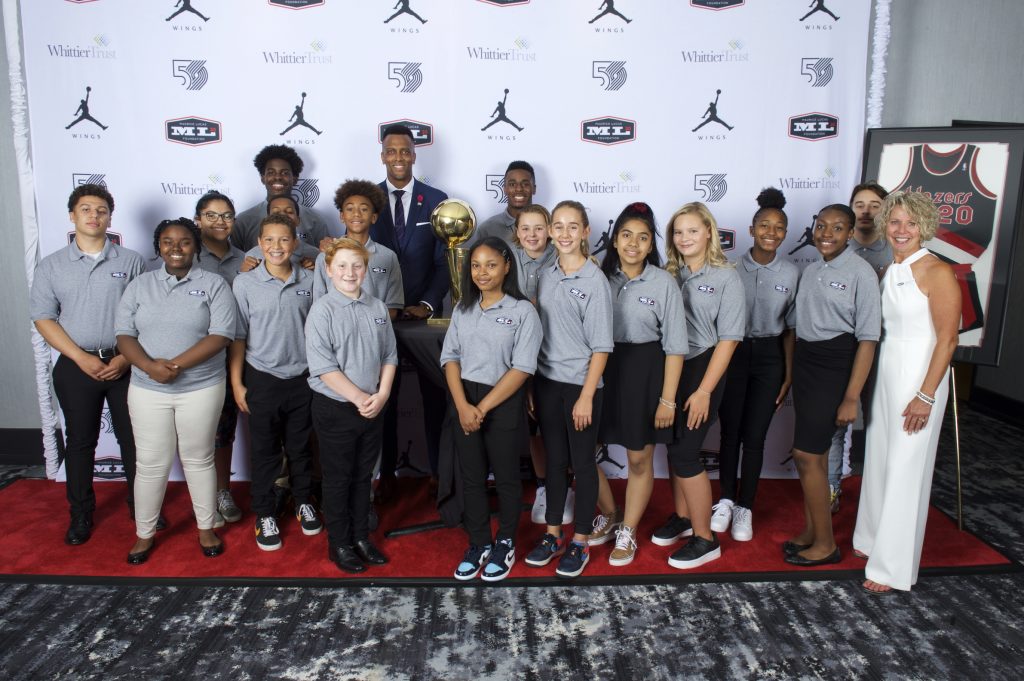 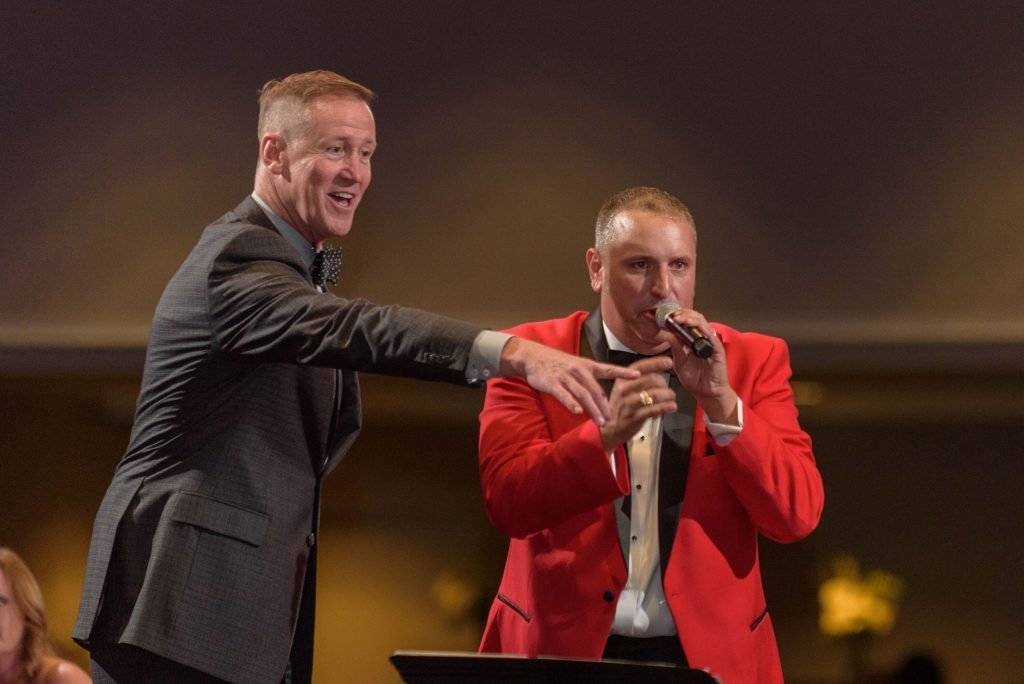 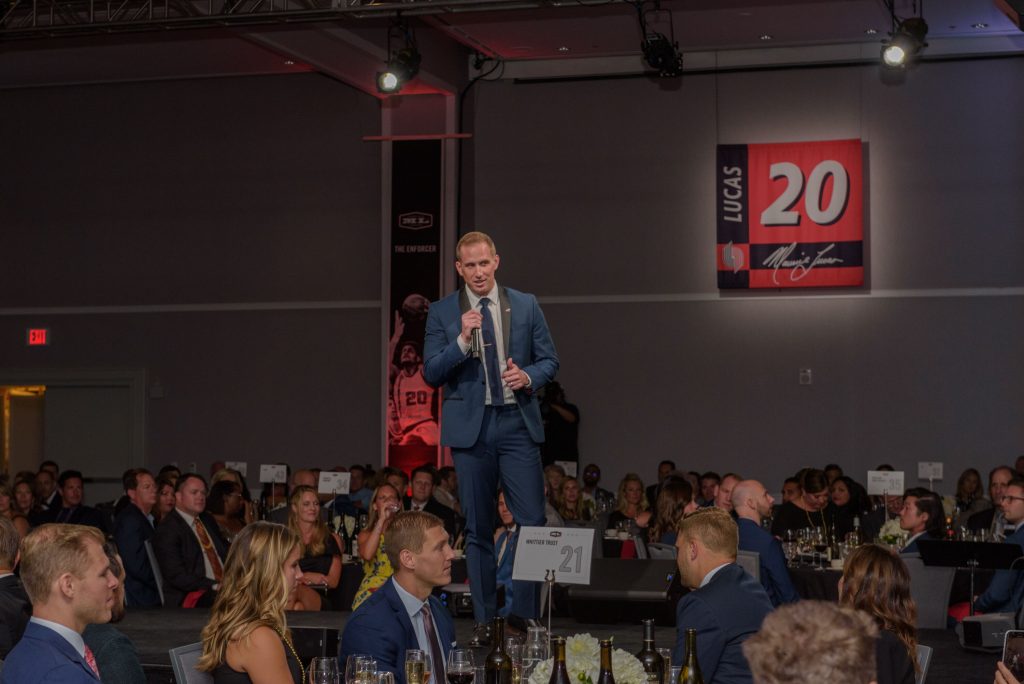 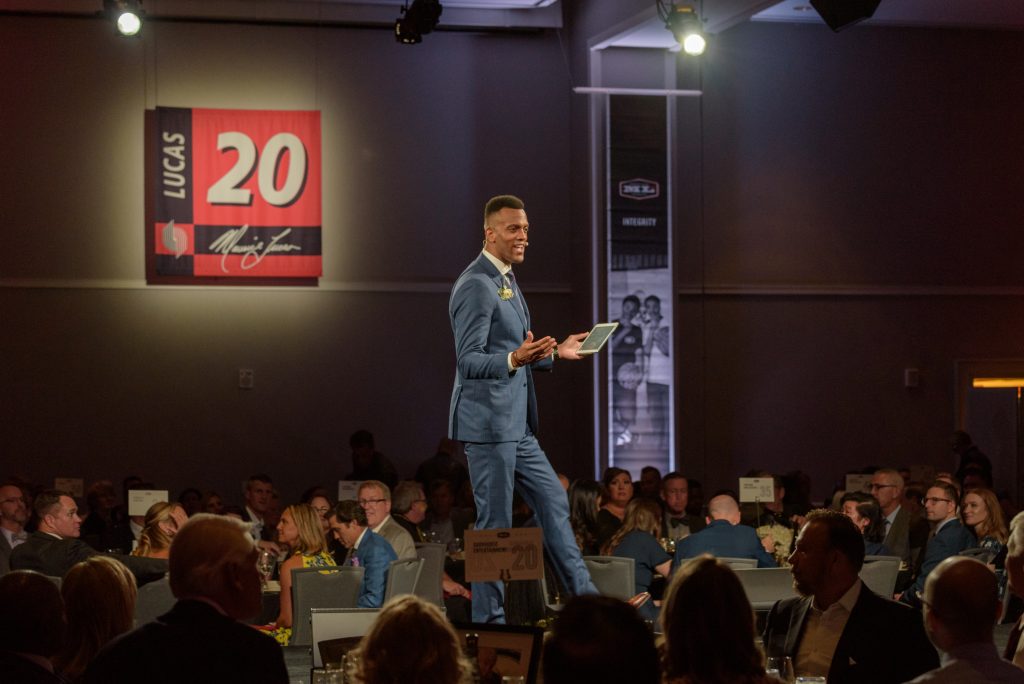 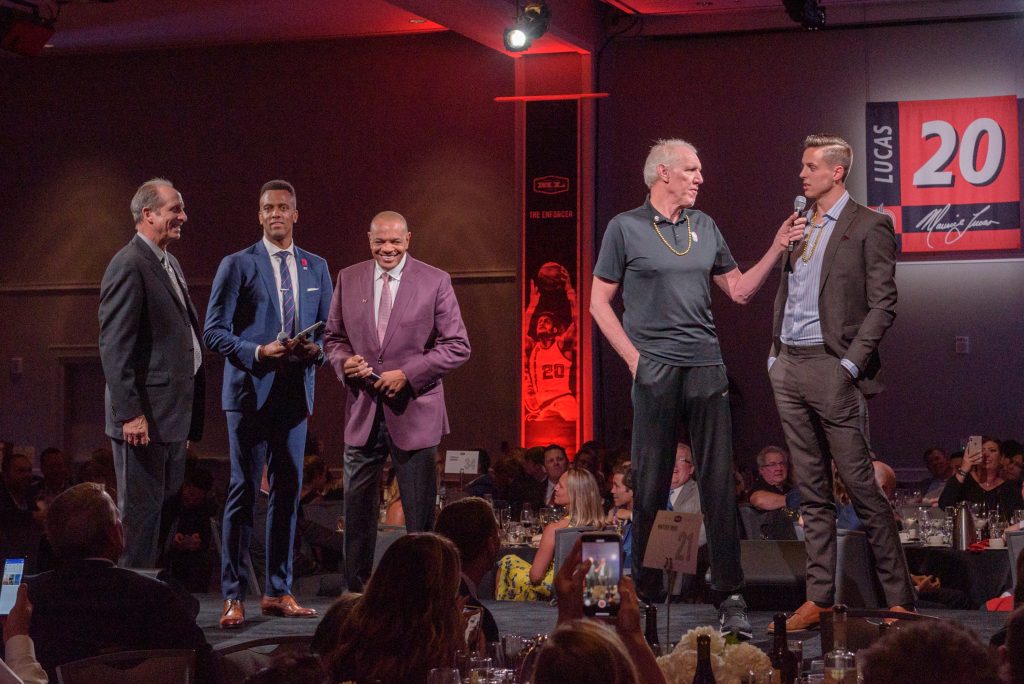 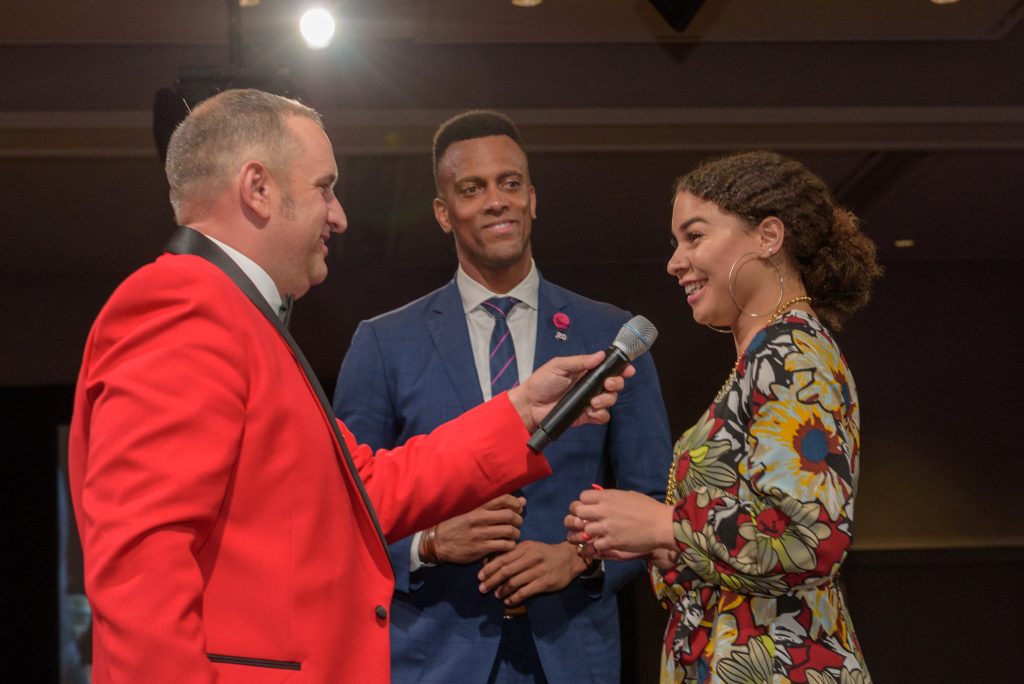 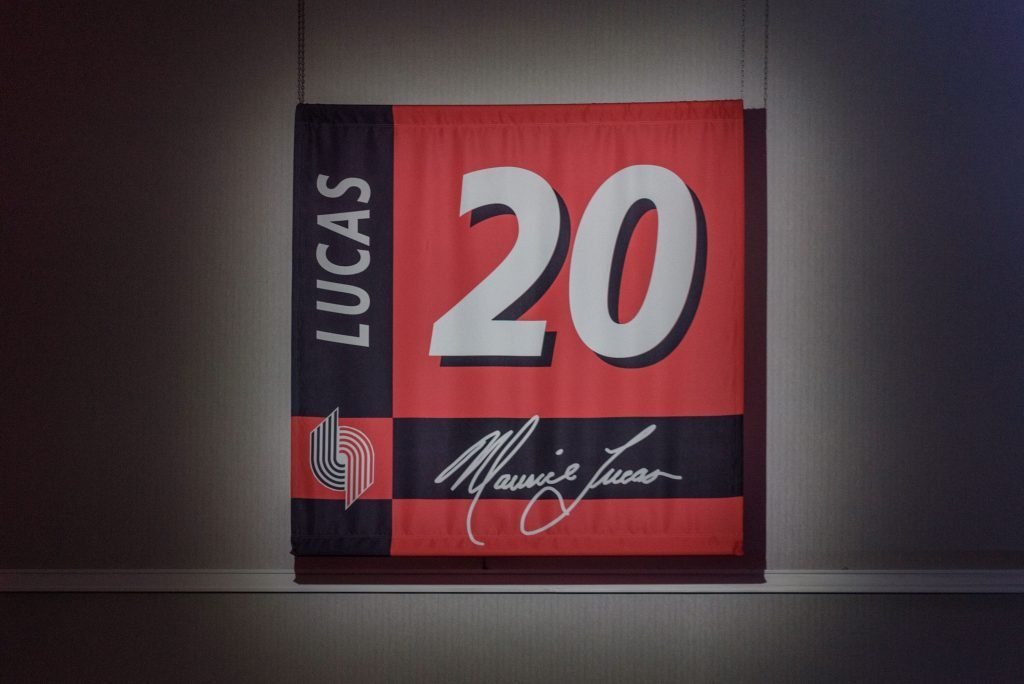