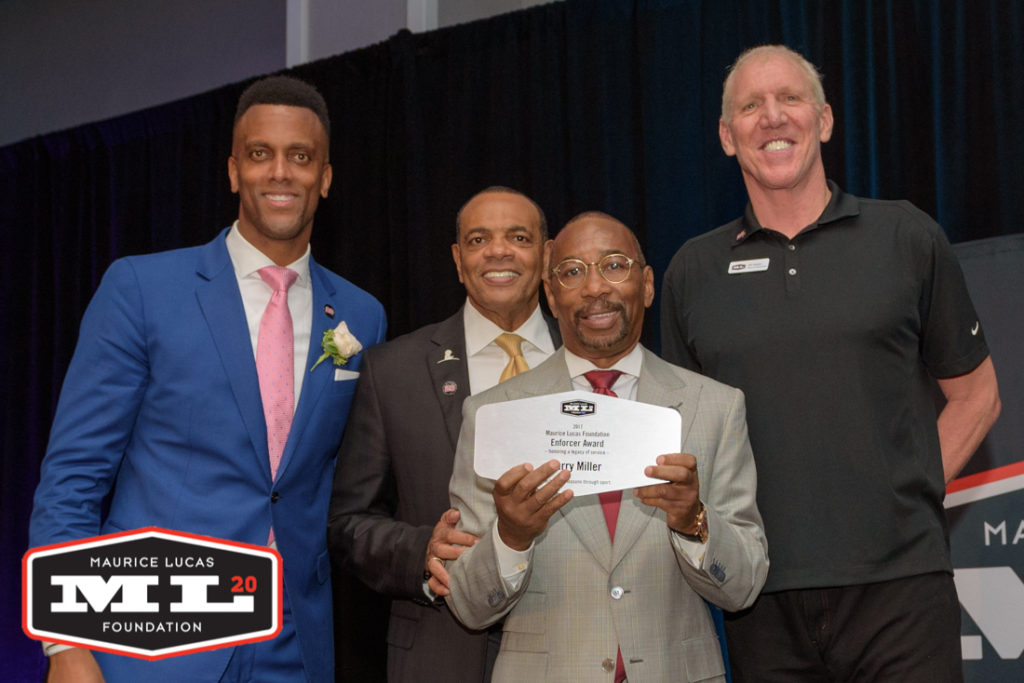 LAKE OSWEGO – It was a busy but productive weekend for the nonprofit Maurice Lucas Foundation, which raised a total of $520,000 at its seventh annual Celebration Dinner on Friday night, Sept. 22, at the Portland Hilton and its Celebrity Golf Tournament on Saturday, Sept. 23, at the Reserve Golf Course in Aloha.

The funds will support the foundation’s after-school education, mentoring and sports programs for under-served children in Portland, including its newly established Howard Hedinger College Scholarship Fund.

The dinner drew 600 guests. Sponsored by Nike, Jordan Brand and the Portland Trail Blazers, the gala included live and silent auctions and raised $450,000.

The award is given annually to an individual who best embodies many of the characteristics that its namesake displayed both on and off the basketball court, including motivating and empowering kids. Walton and Hollins are among the award’s past recipients.

The winning team won the opportunity to compete at the Mercedes-Benz Sectional Championship at Torrey Pines Golf Course in La Jolla on Oct. 5-9.

“These funds will enable us to continue providing life-changing opportunities for under-served middle school students,” said Executive Director Lucas, son of the late Maurice Lucas. “Our foundation stands as a continuance of my father’s dedication to helping kids learn, achieve, grow and build positive values. The Maurice Lucas Foundation is proud to carry on his work.”