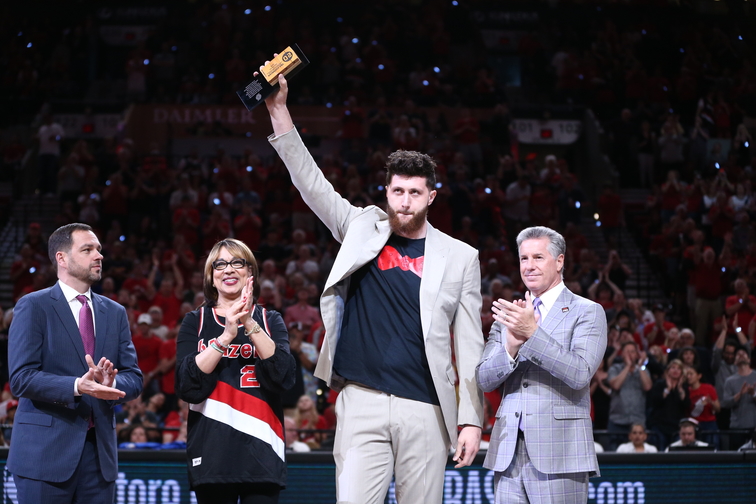 The annual award was created in 2010-11 to honor the Trail Blazers player who best represents the indomitable spirit of Maurice Lucas through his contributions on the court and in the community, as well as in support of his teammates and the organization. In recognition of the award, the Trail Blazers will make a $5,000 donation to the Islamic Bosniaks Educational & Cultural Organization (IBECO), a community organization chosen by Nurkic. READ FULL STORY >

I’m honored and grateful to be the recepient of the Maurice Lucas award…. Thank you #RipCity ❤️#hadžomoj pic.twitter.com/DFLFyAaJq8