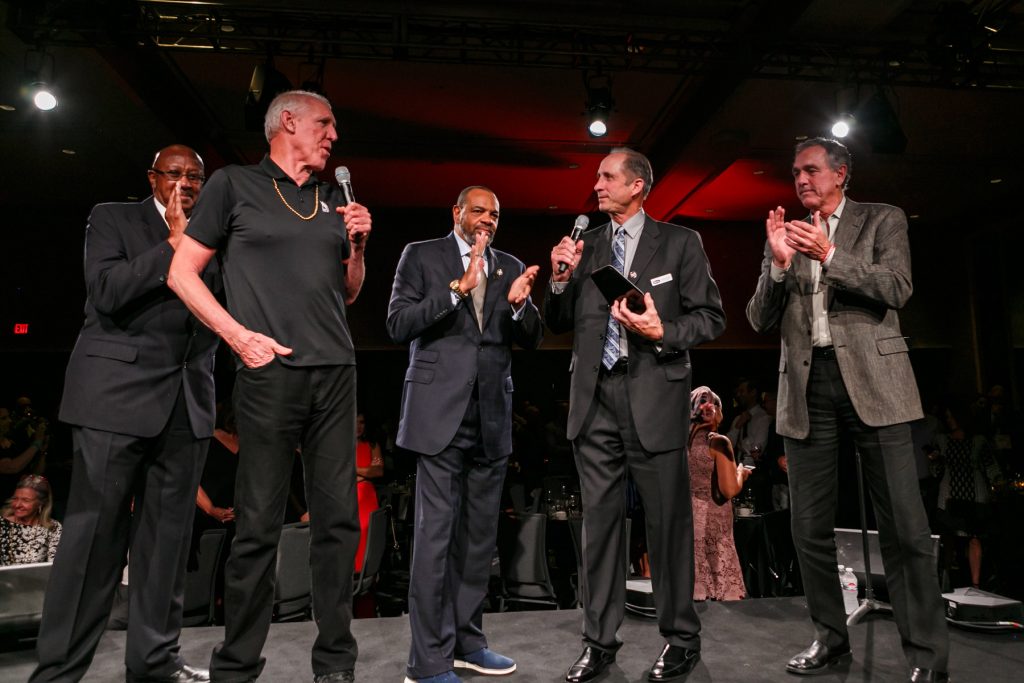 The award is given annually to an individual who best embodies many of the characteristics that its namesake displayed both on and off the basketball court, including motivating and empowering kids. Walton and Hollins, who played with Gross on the Blazers’ 1977 championship team, are among the award’s past recipients.