Evan Turner recipient of “The Enforcer” Award for 2017-18 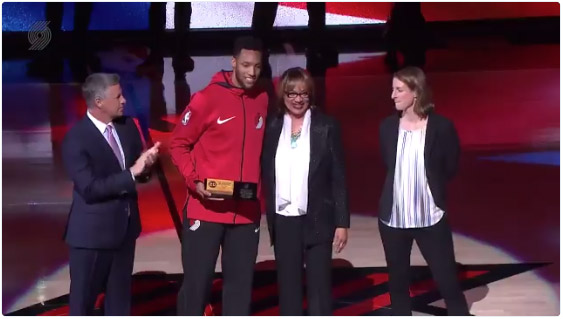 Portland Trail Blazers guard/forward Evan Turner was chosen as the recipient of the 2017-18 Maurice Lucas Award. President of Basketball Operations Neil Olshey; Vice President of Social Responsibility Christa Stout; and Pam Lucas, widow of Maurice Lucas, presented the award to Turner prior to the Trail Blazers regular-season finale versus the Utah Jazz at the Moda Center.

The annual award was created in 2010-11 to honor the Trail Blazers player who best represents the spirit of Maurice Lucas through his contributions on the court and in the community, as well as in support of his teammates and the organization. In honor of the award, the Trail Blazers will make a $5,000 donation to a charity selected by Turner.

Evan Turner is awarded the Maurice Lucas Award prior to the start of tonight’s game vs. Utah. Congrats @thekidet! pic.twitter.com/wMeKBBfII8 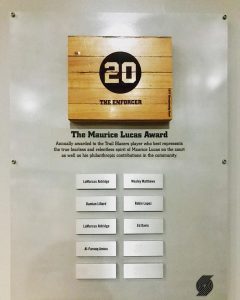