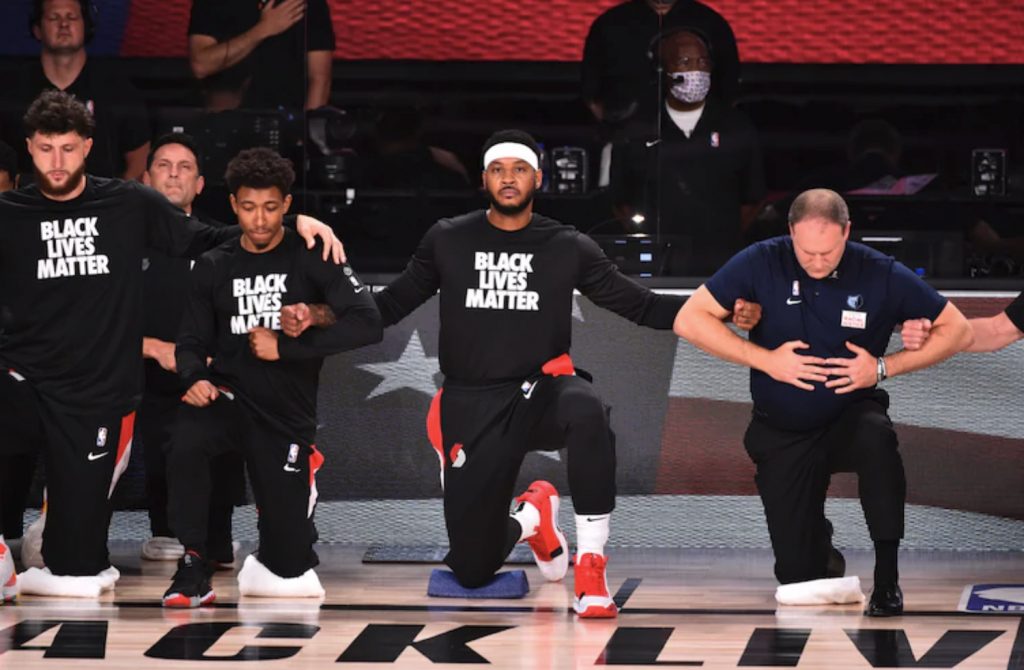 PORTLAND, Ore. (August 13, 2020) – The Portland Trail Blazers have named forward Carmelo Anthony as the recipient of the 2019-20 Maurice Lucas Award, the team announced today. The award was presented to Anthony in Orlando by Trail Blazers president of basketball operations Neil Olshey and head coach Terry Stotts.

“Carmelo’s selfless attitude and leadership on and off the court make him an ideal recipient of this year’s Maurice Lucas Award,” said Olshey.

The annual award was created in 2010-11 to honor the Trail Blazers player who best represents the indomitable spirit of Maurice Lucas through his contributions on the court and in the community, as well as in support of his teammates and the organization. In recognition of the award, the Trail Blazers will make a $5,000 donation to the Social Change Fund, an organization selected by Anthony.

“Carmelo is an authentic leader both on and off the court and truly embodies what the Maurice Lucas award is about,” said Chris McGowan, President & CEO of the Trail Blazers. “His experience, knowledge, leadership and authenticity have been the perfect addition to the Trail Blazers and the city of Portland.”