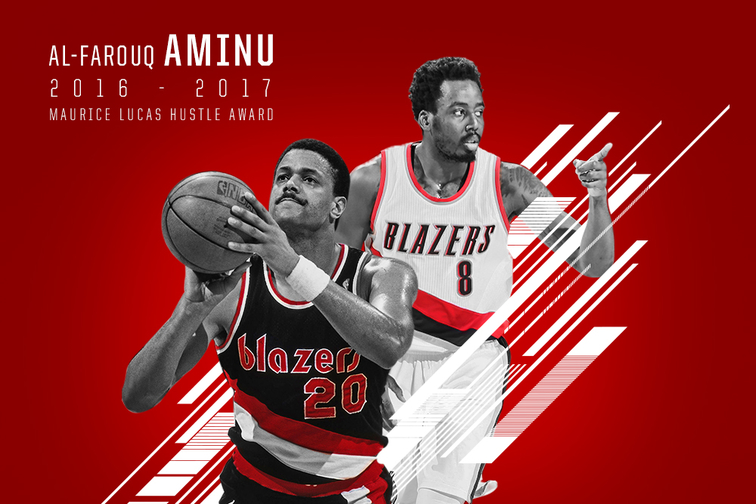 PORTLAND, Ore. (April 10, 2017) – Portland Trail Blazers forward Al-Farouq Aminu has been chosen as the recipient of the 2016-17 Maurice Lucas Award. President of Basketball Operations Neil Olshey and President & CEO Chris McGowan will present the award to Aminu during halftime of the Trail Blazers game against the San Antonio Spurs at the Moda Center.